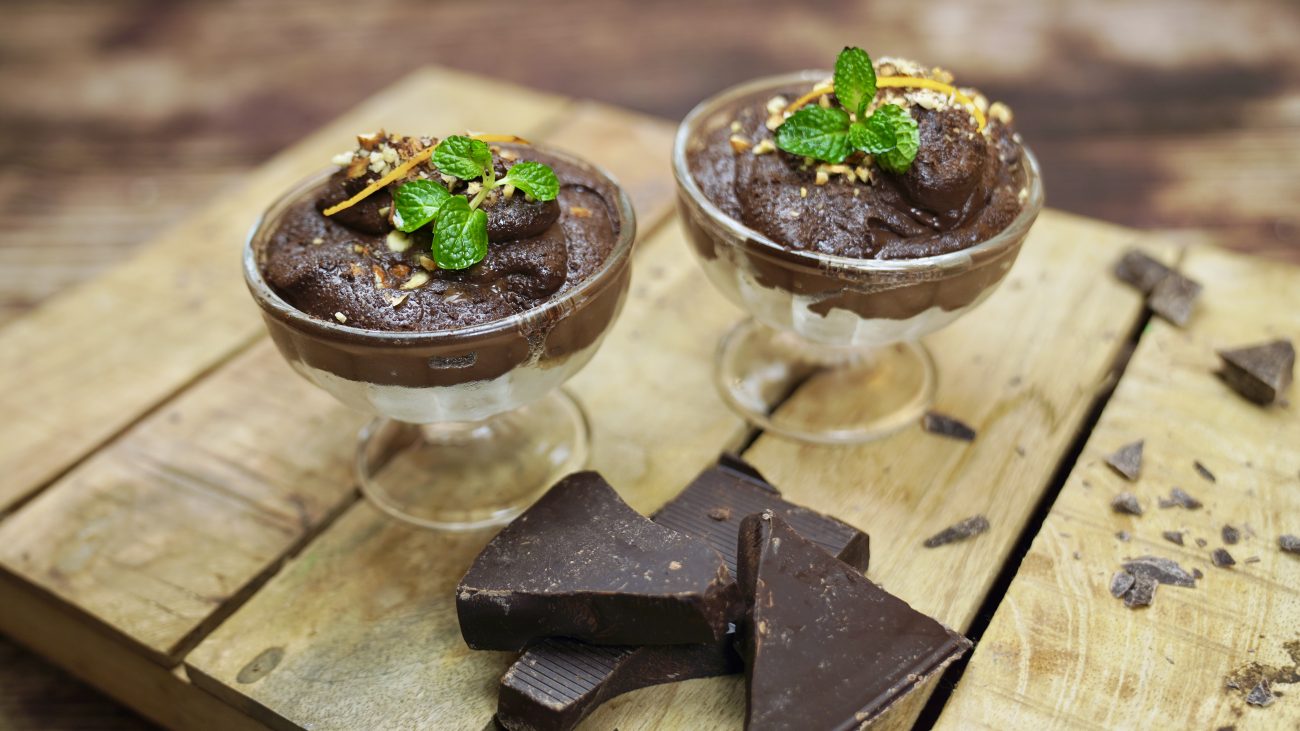 You can cook this dessert in no time and the cookie crust on the base will make you fall in love with this sweet recipe.

Modern day chocolate that we eat as candy, bars and pralines came about in 16th century, until then chocolate was used to a make a rustic, bitter and foamy drink in mesoamerica.

Chocolate Is made from the beans of the cacao tree. And the natives of mesoamerica used to grind the beans and mixed with corn meal and chilli to make a bitter drink. The drink was invigorating that is full of energy and making one feel strong.

Cacao beans was used as currency and the bitter drink was served at feasts.

In 1519 with the Spanish visit and they first drinking the cacao drink, they carried it back to europe with them. Because of its bitter taste it wad considered a medicine for upset stomach but once honey, sugar and vanilla were added to it to make the taste more palatable the drink became very popular in Spanish courts.

The Spanish elite liked it so much that soon they started drinking it at home daily, and as demand for cacao rose slaves from Africa were taken to south america to cultivate cacao plantation.

In 1828 the cocoa press was invented by Conrad Van Houten. This press would separate the cocoa butter and leave behind cocoa powder. This cocoa powder is the powder we still use today. The same cacao is used to make drinks, sweets and yes chocolate.

From there chocolate became everybody’s favourite and by the 20th century the demand for chocolate grew huge.