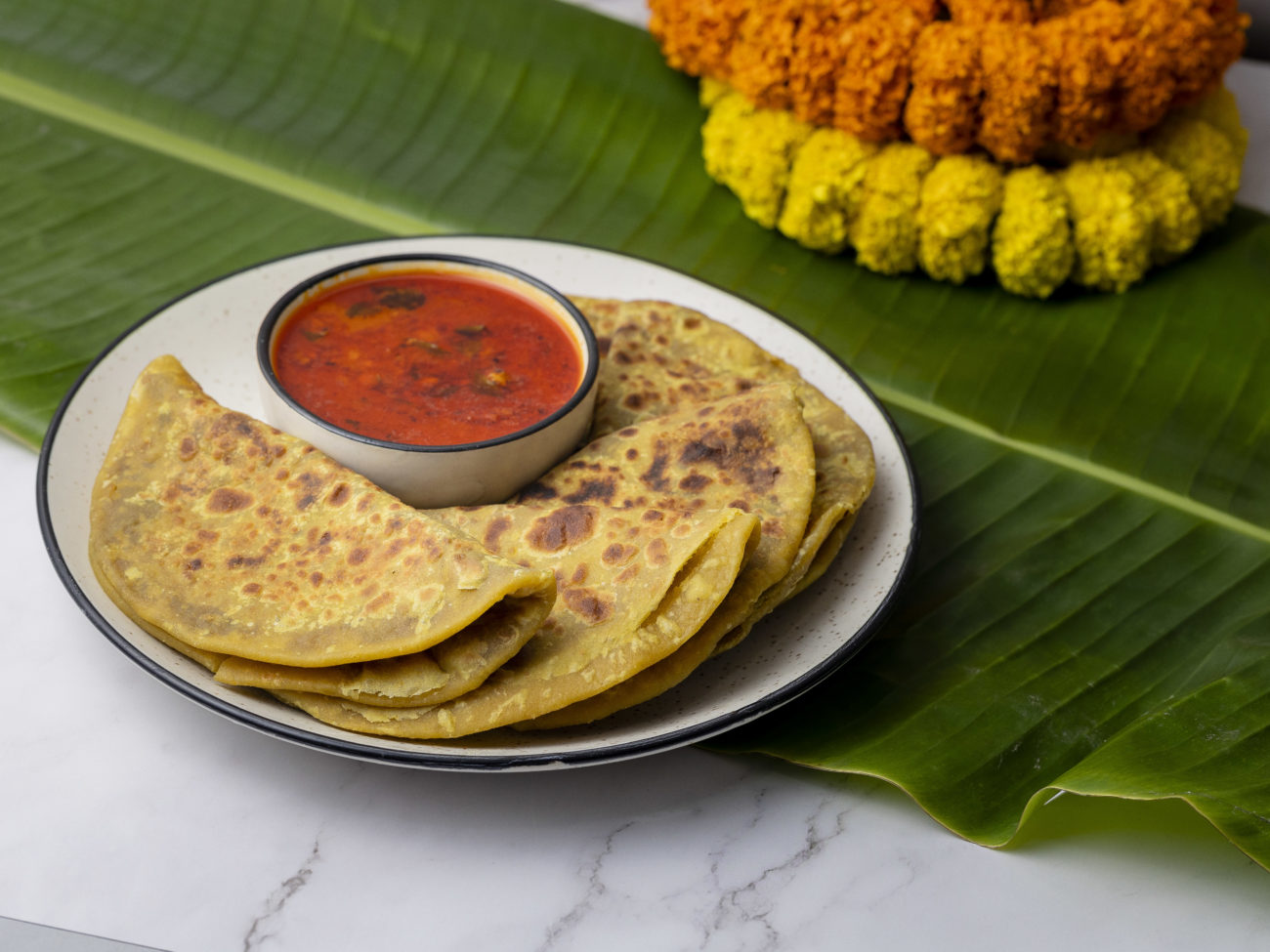 Puran Poli where Puran is stuffing and poli is the roti dough.

Puran poli is a maharashtrian dish served during celebrations esp Gudi Padwa which is a spring-time festival that marks the traditional new year for Marathi and Konkani Hindus.

Gudi Padva also to celebrate reaping of Rabi crops and some say that gudi padwa is also celebrated as this day Brahma ji created time & universe.

Each year this time houses are cleaned, painted, colourful rangoli are made using bright colours representing spring. Everyone dresses up in new clothes and family gathers together.

Maharashtrian families also make many other festive dishes, such as shrikhand and Poori or Puran Poli on this day.

Ugadi or Yugadi, is the New Year’s Day for the states of Andhra Pradesh, Telangana, and Karnataka in India as per the hindu calendar.

Maida (all purpose flour) – for dusting