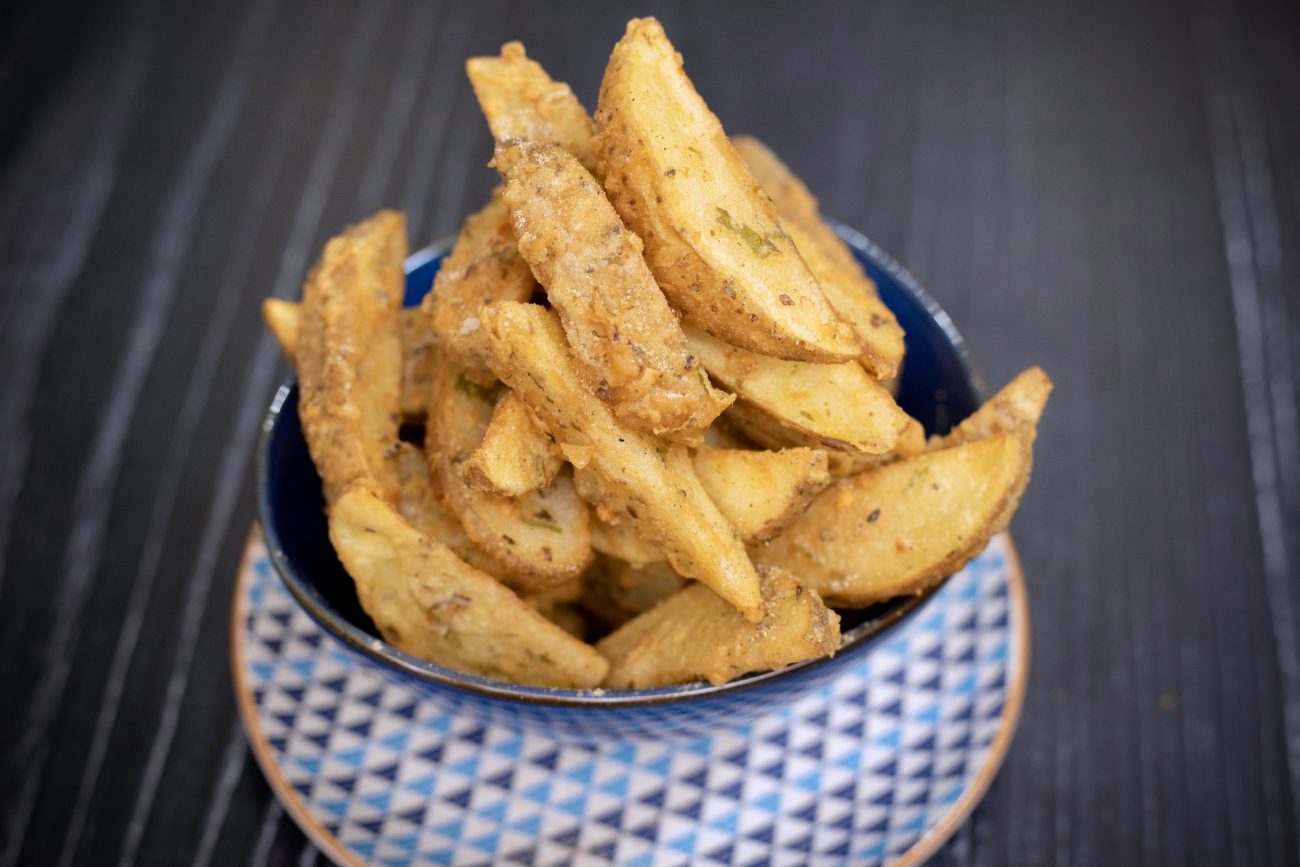 Potato wedges are wedges of potatoes, often large and unpeeled, that are either baked or fried. wedges are often confused with potato fries which are generally thin and have a different shape.
an easy to make potato-based snack recipe which is usually served as sides in fast food or fine dining restaurants with main meals. Generally, potato wedges are served with sweet chili sauce or sour cream with extra seasonings on top of crisp wedges along with the burger.

The Inca Indians in Peru were the first to cultivate potatoes around 8,000 BC to 5,000 B.C. In 1536 Spanish Conquistadors conquered Peru, discovered the flavors of the potato, and carried them to Europe.

The Portuguese introduced potatoes, which they called ‘Batata’, to India in the early seventeenth century when they cultivated it along the western coast.

British traders introduced potatoes to Bengal as a root crop, ‘Alu’. By the end of the 18th century, it was cultivated across northern hill areas of India.

Despite its appearance, potato is made up of 80% water and only 20% of solid.

Another one for the record, potato is the first-ever vegetable successfully grown in space when it was taken with the space shuttle Columbia in 1995.

Potato might be a vegetable, but it beats orange in having more vitamin C, banana with more potassium, and apple with more fiber content.