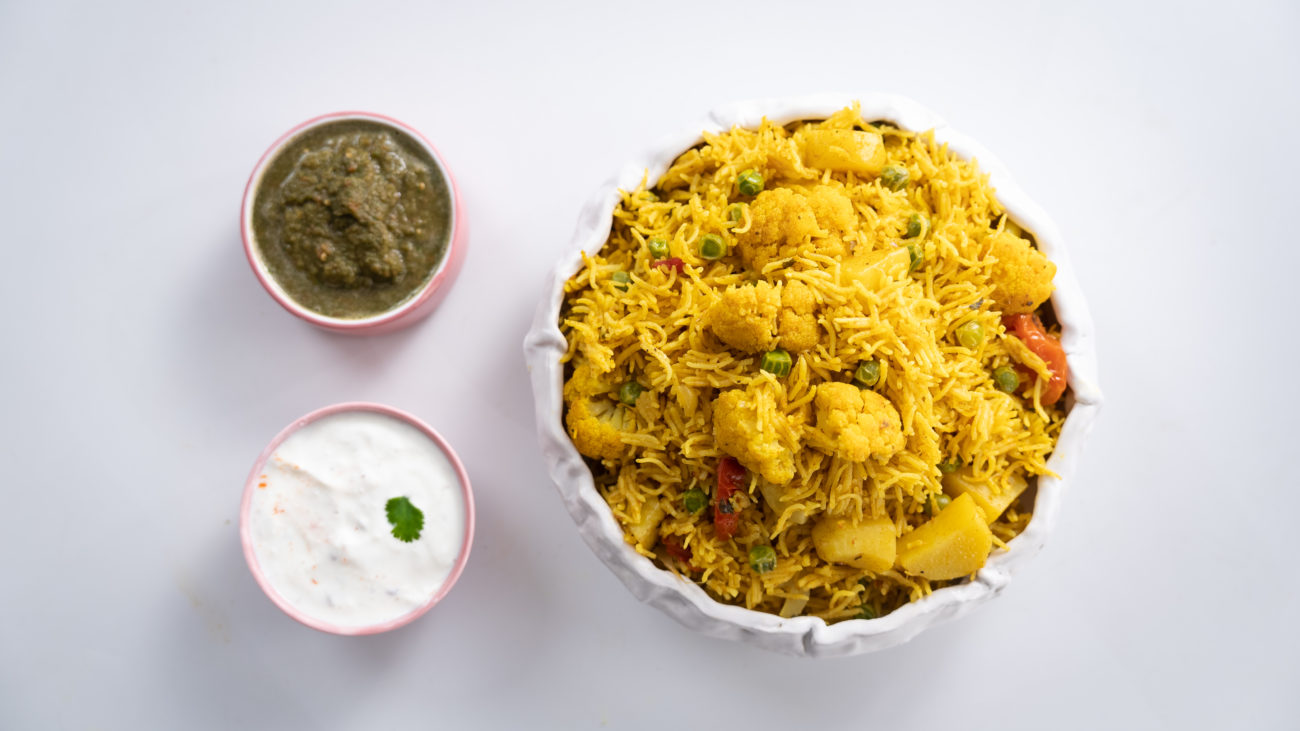 A tahiri or tehri is a classic vegetarian rice dish very popular from Uttar Pradesh state of India. It is a vegetarian rice preparation that has similar spices to what goes in a biryani and is often confused with a pulao. The veggies are half cooked with whole and powdered spices along with curd and fried onions. Soaked raw rice is added and mixed in with water and together are cooked over dum.

This gives a rather spicier veg version of an awadhi style biryani. But if you look closely a tehri uses, both methods, used for making a biryani and a pulao. The “bhun-na” of vegetables with use of fragrant spices is probably inspired by biryani cooking and cooking rice and veggies mixed together without layering is somewhat inspired by a pulao. Some of the popular tahri are Aloo ki Tahri, Veg Tahri etc, though over a period of time non vegetarian tahiri is also very popular esp the ones using mutton – Gosht ki Tahri and Chicken – Murg Tahri.

Tahri may have been started by the vegetarian hindu community who probably were inspired by the style of making biryani, where meat was replaced with seasonal vegetables. Tahri or Tahiri was extremely popular in the Awadh region but is savoured and prepared by all. Though the pulaos came to India through Islamic conquests and consecutively biryani was born, we often forget that India was always a land of plenty and rice was a staple. It is highly likely that before the pulao came to the Indian subcontinent there were dishes prepared with rice across India which could have been similar to a pulao. Maybe just maybe a tehri may be one of the original preparations of the Indian subcontinent.