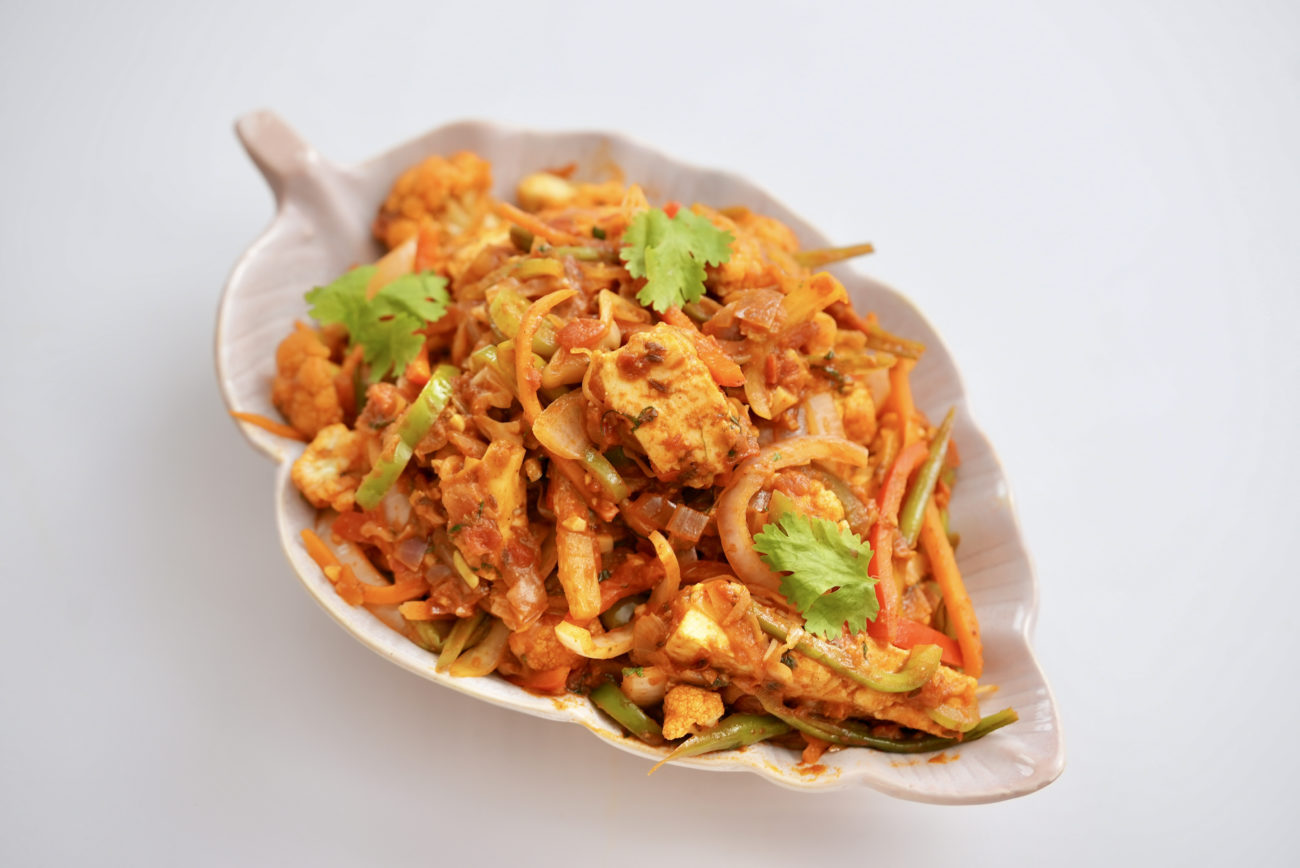 Voted as the Favourite British Indian Curry in 2015.

What is the meaning of Jalfrezi.

Jhal Frezi or Jal Frezi is an Indian dish that became popular in the UK. Jhal is a Bengali word meaning spicy and Frezi is loosely translated as stir fried. Jhal frezi was invented by Indian cooks in Bengal while serving British governors in India.

It is said that this dish was first made possibly during the time of Marcus Sandys who was the governor of Bengal during the British Raj in India. Cooks from the Mog tribe were working for him (who can now be found in present-day Bangladesh), who used the leftover meats and created a stir fried dish for themselves.

British governors at the time threw lavish parties that had English roast food & cold cuts (For eg roasted chicken, pork, mutton or beef, sausages, ham, salami etc). And often there were leftovers so the local Indian chefs probably used these leftover meats and stir fried them with onions and chillies which gradually found popularity with the British.

So the original Jhalfrezi or Jalfrezi is a quick stir fried dish made with meat that was usually left over after a meal. The dish travelled with the British back to Uk and the Indian restaurants made it popular by featuring them on the menu with more ingredients. Soon it became a dish that did not look or tasted like how it started (pretty much the story of many classic dishes). Even vegetarian versions were made available.

In fact chicken Jalfrezi is voted as Favourite British Indian Curry in 2015. A cookbook called “The Indian Cookery Book” written in 1880 mentions “Jhal Frezee” made by using any cold meat that is stir fried in half the quantity of onions. The recipe uses ghee, chillies and salt as the only other ingredients.